JavaScript is the most popular language for programming ever to have existed and there are many active communities out there encouraging learning and development within its multiple frameworks. JavaScript is fast and scalable, and since the late 2000s it has existed at both the front and back-end of development. To become fluent in the language of the web, it is truly essential to be familiar with JavaScript.

Three titan frameworks still dominate the landscape – Angular, React and Vue, but there are a few upstarts beginning to get noticed for their light and fast approaches, as well as their applicability to I/O heavy applications. Beyond the “big three” Node and Svelte get a look in for their novel approaches and growing popularity.

Angular is one of the most popular JavaScript frameworks and with the support of tech giant Google it doesn’t look like that will be changing any time soon. Despite that, the popularity of Angular seems to be levelling off rather than growing like some of the other tools on this list, which could be due to its complex nature and relative inflexibility. Angular is a full-on framework and removes any necessity for third party additions. However, this makes it fairly complicated to get to know, especially for those who aren’t fluent in TypeScript. It has an active but reticent community, meaning that it can be harder to get to grips with Angular for the newbie.

Unsurprisingly, the framework backed by Facebook dominates the list. Developed in 2013, React quickly surged in popularity and changed front-end development forever. As the framework of choice of Facebook, and originally developed by Facebook’s engineers, Facebook’s needs naturally dominate the gearing of React. However it’s an incredibly flexible framework and developers love the fact that they can use JS code rather than something that’s specific to the framework, like you would with Angular. Despite the fact that React can be confusing in the way it combines code and visual elements, it has an active and supportive community that can help beginners get to grips with learning it.

Vue is new on the scene but is gaining popularity fast. Despite lacking in any big names taking it up as a framework, it’s one of the fastest growing frameworks out there and some are even predicting that it’ll overtake React in the next few years. The surging popularity can be put down to Vue’s exceptional flexibility and lightness. On its own, Vue is tiny (about 80Kb) and has proved equally perfected for building both complex implementations and single pages. Its popularity can also be put down to the flat learning curve, as the separation of HTML, CSS and JavaScript has seemed to many developers to be a natural way of building web pages. For its flexibility and accessibility, Vue is guaranteed to keep growing.

Svelte makes the list as a rising star which is proving incredibly light and increasingly impressive to the developing community. With its revolutionary approach, which generates code to operate the DOM it isn’t simply a framework but rather a component of the building process. What it can do, however, is dramatically reduce the size of a website, which is increasingly important as the developers need to create outputs that work equally well on the diverse speed of connections around the world. Coding with Svelte is proving quick and easy and although it hasn’t taken on any of the framework giants just yet, many developers are keen to learn it.

Node burst onto the scene in 2009 when JavaScript was still unpopular for writing server-side code, and its ability to support front-end and back-end coding makes it the favoured framework for those who believe JavaScript should be everywhere. Over the last decade, Node has developed from a simple framework into more of a JavaScript ecosystem and it’s likely to remain an important framework because its small size makes it excellent for serverless computing and input-output heavy applications such as with the Internet of Things.

What does the future of the framework hold? For now, the three big frameworks are maintaining their popularity. However as serverless computing grows in the next few years we could see the young upstarts vying for popularity. Every coder needs to know these trends to stay relevant. 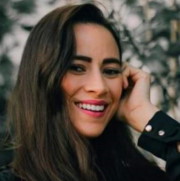 Ashley Halsey is a writer at Luckyassignments.com and has been coding for over two decades. She is a mother of two children and enjoys video games and reading.