I have already published an article about the importance of good responsive web design. The penetration of smartphones in the global market has surpassed that of feature phones. The computation prowess possessed by any modern smartphone could be said to rival that of mainstream personal computers less than a decade old. With such a spike in smartphone usage, it is only obvious that the modern day consumer would expect a company to feature a website that is as good as or better suited to mobile devices as compared to their desktop counterparts. This is where responsive web design stands indispensable. 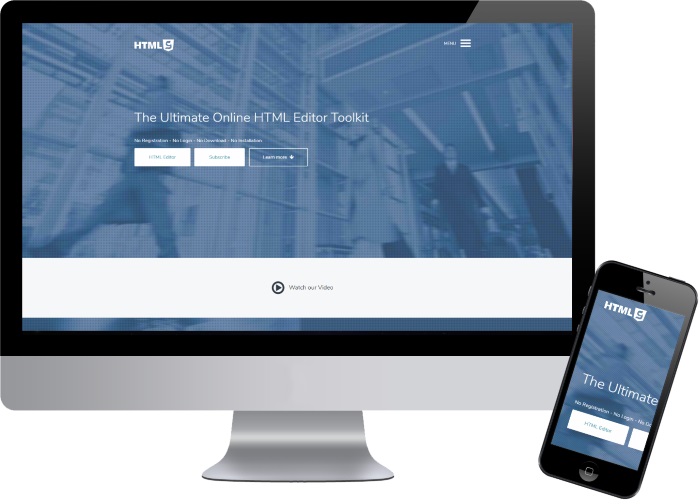 A demonstration of improper responsive design: parts of the UI are truncated on the narrow screen (htmlg.com)

For instance, a website that runs well on a desktop browser that has the user operating a keyboard and mouse for navigation must be able to adapt to a tablet that uses fingers on a touch screen device as well. The same can be said for a mobile phone that again requires a touch screen friendly interface. This requires the developers to build a website that is scalable to fit the screens of multiple devices, including the re-sizing and re-positioning of navigational elements for different screen sizes and operating systems.

Often it is thought that it is best to come up with native applications for different operating systems, thus eliminating the need for a website altogether. However, it often is the case that development costs aren’t fully considered, which often skyrocket when it come to the development and maintenance of a native application. Besides, before the application is even downloaded, a lasting impression is created on an individual who stumbles upon a well-built company website.

Responsive web development has picked up even more owing to the fact that newer and better tools and design languages are now available for the developer to choose from. Languages such as bootstrap allow the developer to create just one website that is scalable for most devices, including desktops, tablets and mobile phones. According to the window displaying the device, the design of the website would change. This is particularly beneficial for the fact that devices today are available in a lot of different screen sizes and resolutions. While at a point a 3.5” screen would appear to be gigantic, today 5.5” phones are pretty much a norm and have their own category called ‘phablets’.

Such versatility can be addressed only with responsive web design, a practice that is evolving over time. For a website to take off and make it big, it requires SEO or search engine optimization. A very important trend in 2015 for SEO is how mobile-friendly a website is. If it isn’t, it is given a lower search rank as compared to the competition. Thus even to stand out in search indexing, a responsive website is required over one which is unsuitable for most content consumption mediums. Companies like WWWEEEBBB offer high quality solutions to both SEO Services as well as responsive web design which are a must to gain a competitive edge in the online space.