There are hundreds of programming languages available worldwide. It might be hard to decide which one is the best to kickstart a career in the computing field with such a broad choice. One of the most important points to consider is whether the technology you’re planning to learn is a flashy trend or is it here to stay. We’ve made it a bit easier for you and compiled a list of the top five programming languages that are going to boom over the next few years.

Go language was created by Google in 2009 and has long ago surpassed the expectations of its parent company. It is now used by some of the most renowned tech giants like Facebook, Adobe, Dropbox, Yahoo, and Intel. Over the years, it has enjoyed a steadily growing pool of IT specialists who are using it. Go is #5 on the list of programming languages professional developers like to work with. And it seems its popularity will only grow bigger in the coming years. It is already third on the most wanted languages ranking (17.9%) and the best paying tech skill in 2020.

There are several reasons behind such wide-spread acclaim. First, it is easy to learn. Go’s syntax was heavily influenced by the C language, but its conventions are much simpler. It provides developers with a large selection of tools, such as memory management, data structure support, and dynamic-typing. Go is well-scaled and thus can be used for big projects. It is perfect for building web servers, microservices, and web applications. It can be used for systems and network programming tasks, big data, audio & video editing, and machine learning.

Rust is a powerful language that is designed for performance, security, reliability, and speed. Its development was initiated and sponsored by Mozilla Corporation. The company states that Rust can be used for creating game engines, operating and file systems, browser components, software frameworks, and simulation engines for virtual reality. 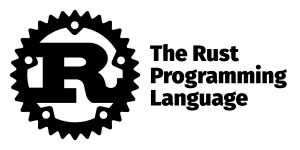 This language has a dedicated fan base of current developers. Furthermore, its emphasis on efficiency and guarantee of memory safety encourages numerous aspiring coders to master this technology.

For those who are interested in learning it, the Rust website offers three paths to follow. You can grasp the basic principles by reading the so-called “The Book” or take the Rustlings Course to get some hands-on experience. The third option is Rust By Example, which illustrates the main concepts and provides some exercises for self-practice. Whatever option you choose, don’t forget your other commitments. For academic issues, you can use a reliable write my paper service that can get your back covered while you are honing your programming skills.

This is another open-source programming language introduced by a tech industry leader. Swift was launched in 2014 by Apple Inc. as an alternative to Objective-C. It was created to match the realities of modern iOS development. Compared to its forerunner, the new language has improved performance and safety features, requires less code, and is easier to debug.

Learning Swift is a must for anyone who is planning to develop for the Apple ecosystem. It is used for creating iOS applications, as well as macOS, watchOS, and tvOS products. The App Store currently has over 1.8 million apps available worldwide. As the number is growing every year, Swift developers are among the most in-demand tech jobs for 2021.

This statically typed, general-purpose programming language was originally designed by JetBrains for the Java Virtual Machine. This means it is interoperable with Java and supports all Java libraries. However, Kotlin is easier to learn and requires 40% fewer lines of code to get the same result. It also supports both object-oriented and functional programming features, giving the language a larger breadth of application.

Ruby is an interpreted, reflective, object-oriented programming language designed by Japanese computer scientist Yukihiro Matsumoto in the mid-1990s. This technology is primarily used for web application development and allows for more flexibility. This made Ruby one of the most demanded programming languages for startups. Thanks to the Ruby on Rails framework, it became a common choice not only for small enterprises but for flagship companies as well. Airbnb, Bloomberg, Shopify, Github, Soundcloud, and Couchsurfing have all built their applications using this technology.

Ruby is dynamic in nature, which implies there’s always more than one way to do things. While this might pose an obstacle for those used to more conventional approaches, it is perfect for lateral thinkers. It would also suit established professionals who are willing to learn a second coding language. With even entry-level salaries ranging between $73,000 to $121,500, Ruby proficiency is a very lucrative tech skill to acquire.

It’s always good to stay on top of trends. It helps to update your professional skill set and be better prepared for any changes the future might bring. Though the field of computer programming is constantly evolving, it is sure that the above-mentioned language technologies are not heading for retirement anytime soon.