It’s understandable when there is a little bit of rivalry between countries that share a lot in common but have distinct things that make them different. This is true when it comes to the United States, Canada, and Australia. This rivalry is seen when discussing beer, national foods, and sporting teams. There is also room for comparison to when it comes to hosting services. Let’s take a look at how the hosting services in the United States, Australia, and Canada compare to each other.

Australians understandably want to support local businesses. However, after looking at the facts, many Australians conclude that local web hosting is slow and can hamper business. Society has become accustomed to getting access to information with the blink of an eye. They want their website to load instantaneously. If it takes longer than two seconds, people will navigate away.

This is not bias on our part. It is just the facts. Australia’s hosting is not connected enough. Even though we live in a society where almost everything is wireless, the Internet still relies on using undersea cables. Everything, be it gaming, shopping, and video streaming, is done making the best use of undersea cables. Terabytes of data are transmitted at the speed of light. Unfortunately, Australia is one of the least connected countries in the planet. We know this because there’s a list of international submarine communication cables. 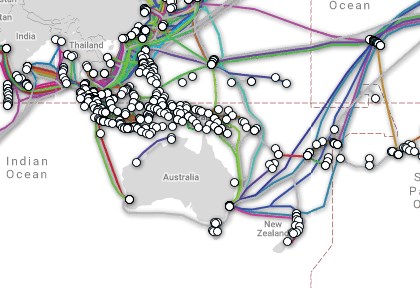 Australia is connected to 21 submarine cables. Eleven of them are not functioning. Ten have been decommissioned, and one is currently under construction. The ones that are still being used are old, have suffered damage, and have led to some serious outages.

Just think for a moment about how these outages would impact your business if you relied on hosting based in Australia. Think about what it would mean for a business like Amazon. Imagine if they were hit with a complete outage. They would lose customer confidence and a ton of business.

Most Australian based hosts have a limited amount of server bandwidth for the simple reason that Australian just doesn’t have as many underseas cables as the US. For this reason, we recommend that businesses in Australia or individuals targeting customers in Australia use hosting in Singapore.

A good example would be SiteGround (hosted in Singapore). You get great speeds for the entire region as opposed to simply getting good results in Australia.

You could try your hand with Australian hosting companies, such as Ventraip or NetRegistry. We were not pleased with their average worldwide results.

Crucial is an Australian-based hosting company that impressed us with their customer service and the speed of their service. You can tell that they want to make Australian businesses succeed. Their customer service team is small, but they work. On a worldwide scale, their server’s speeds are decent, with an average of 214 MS. However, if you are targeting customers in Australia, you will be happy to know that with Crucial, pings came back at only 2 ms.

Canada has produced a lot of amazing products, amazing people, and some of the best hockey players on the planet. Unfortunately, when it comes to hosting, they leave a little to be desired.

First, the good side. Canada is strict when it comes to managing personal data and information. A person’s security and the security of their data are seen as essential rights. This is in stark contrast with what you see in the United States where there have been multiple laws that have made it easier for governmental institutions to get unrestricted access to people’s personal information.

Still, there are a number reasons why we are gun shy when it comes to using Canadian hosting companies.

Here’s why, a lot of the hosting companies in Canada are resellers. They don’t own their own servers, and they are not physically present in Canada. This may come as a shock to some who think that by using a Canadian hosting company, they are actually supporting a local business. The truth is that you are likely supporting someone on the other side of the globe.

We are not against reselling hosting services. There’s nothing unethical about it. We just don’t understand what benefit a customer gets by having to pay a middleman for a service that they can get directly from the source without the markup charges.

When Canadian web hosting companies offer their service, they are purchasing the service from a larger operation. This includes equipment and tech support. How do they make money from this? By charging you more than what the original company would have charged.

A problem with this is that if you have an issue with your website and you want to get a hold of the individual you’re actually paying for the web hosting, you may be out of luck. You might be able to contact the parent company and chat with their support team, but that’s it. Even if you are able to get a hold of the individual who you are paying for the server, it’s likely that they do not have the knowledge or the access to the servers to help you with the problem that you have.

Hosting Companies in the United States 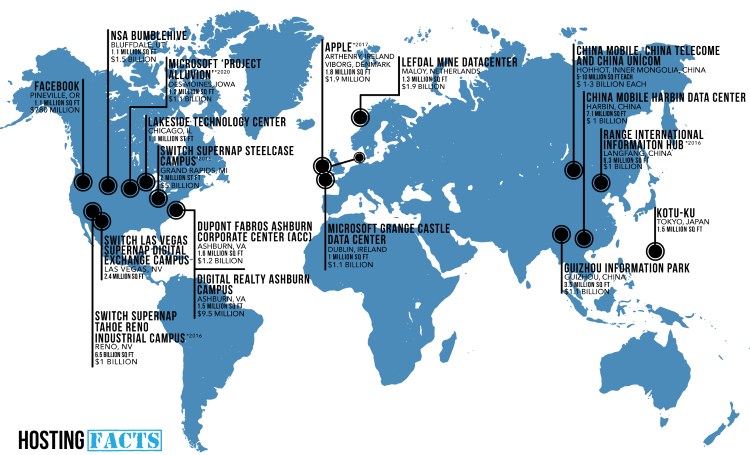 The United States is one of the most connected countries on the planet. There are so many hosting options that it might be confusing to pick a web hosting option that is right for your business. Siteground, with servers in the United States, is a popular option. Another name that you will hear about time and time again is Fastcomet.

A good way to cut through the available options and pick the right one for you is to first think about the platform that you are going to use to create your site. If you are going to use WordPress, then there are a number of US based hosting companies that offer packages specifically for WordPress and for Woocommerce.

Another name that comes up time and time again is Bluehost. They offer a free domain and site builder, allow you to install WordPress with just one click, have 24 hour a day seven day week support, and lead the industry in hardware as well as uptime. They are a business that has been around for a long time.

As you can see, there are pros and cons to hosting a website in each of the three countries. The United States offers strong infrastructure and connectivity, but there are privacy issues. Canada is more stringent in protecting the privacy of users, but a lot of the services offered there are being resold from other places. Australia has good customer service, but they lack connectivity.

What do you think about our review? What has been your experience using hosting companies in the United States, Canada, or Australia? Let us know in the comments section below.